Fancy in Floral: The Car Seat Canopy fit for a Pretty Princess

I am a lucky man. I may not make new friends easily, but the friends I do have been my friends for centuries now. One of the numerous benefits of these long term friendships is that I get know their styles pretty well. This particular car seat canopy is for my super girly friend. She’s the type of girl who we all have to wait a minimum of hour before we can go out. She’s my sparkle princess of dance. So I ask you, how could I not make a SUPER girly car seat canopy for her first baby girl?!


She’s into the whole new owl trend (me too btw). I found these three prints in the discount/remnant section of Joann’s Fabric Store. That section is my finical downfall – I can’t even remember the last time I bought fabric off the bolt. I decided to use the flower print (because her car seat is pink and grey) and save the owls for a diaper bag.

I knew for sure that this time I wanted the front flap to have an opening.  I googled around and found this awesome freaking tutorial: CARSEAT CANOPY by Genevieve.  She did a real nice job on hers.  Like her sewing skills are for real.  Anyways I just reviewed her work I didn't really follow it or anything.  One thing I did like is her binding-ish stuff around the opening. I rummaged through my scraps and found that pink and green print in the jelly-roll-left-over-container. Even though it isn't an exact match, it’s like the weird relative who stands out in the family photo but is the connecting thread amongst you’ll.


Like I said, everything turned out okay, luckily. I realized by the time I was ready to put all the pieces together that things were wonky. I just hoped for the best at that point and soldiered on. I think if there was a lesson to learn this time is that I thought to make the middle insert wider. I think I was misguided in that misgiving. The middle should be thinner, not wider, if there should be one at all. There was another tragedy on this pretty princess sparkle tour - my recent fascination with batting. I used it in the straps and loved the feel and the look and the weight. I ATTEMPTED to use it for the binding around the opening. I ripped it out because of a last minute, late night decision that it added too much weight for the front flaps. I’m not going to get into what a life changing experience it was too rip the stitches out of batting and a fragile piece of fabric.

Putting the snaps on (the very very pretty snaps) took about 2 or 3 hours and about 20 to 30 years off my life. It was horrible, I think I even broke down and cried, internally at least, at one point in time. Probably when the tool broke… which might have happened while I strangling the life out of it. I think I need to get one of those pillars looking things that put the snaps on. 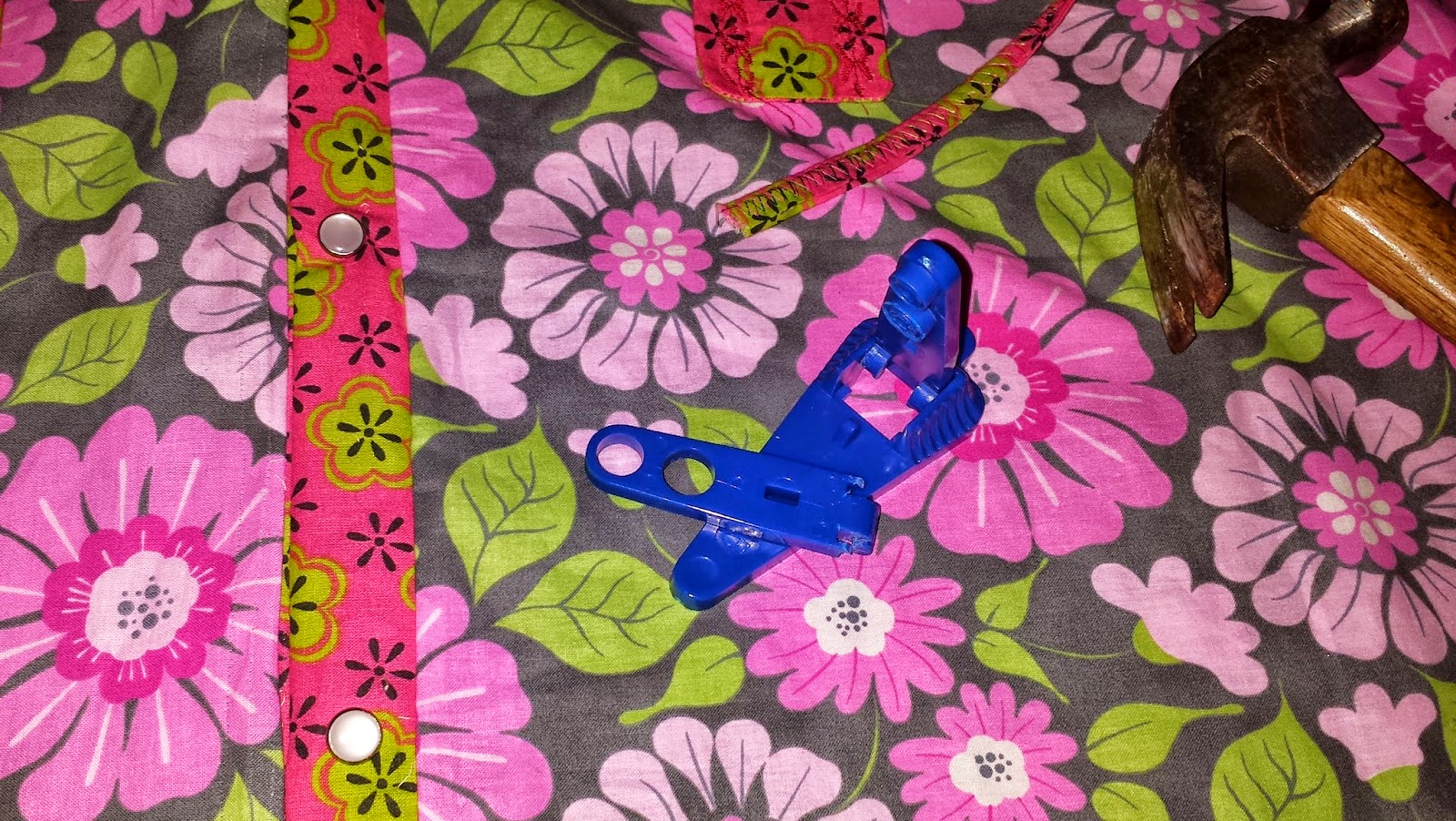 I don’t know why it was so hard this time, maybe because there was no batting inside of the binding. I put on snaps once before and even though the first couple of times were a little hard, it was nothing like this. I think I bought like a pack of twelve, the canopy used 4, I think I have like 2 left. Big thanks to Kelly over at the Indiana Inker who wrote an amazing illustrated blog post on how to use these Dritz Easy Attacher Snap Fastener.  And after reading her tutorial it got better and finally got a few on there.

Sorry my final pics are so blurry.  Might have been the 8 cups of coffee that I had that day....


The lesson I learned this time came easier than making this pink explosion: